The History of Our Philadelphia Apartments Near Market Street

Situated between Logan Square and Market Street, Trinity Row exudes the rich history for which the City of Brotherly Love is known. Our apartments near Market Street are located on a quiet street amidst a desirable Center City, Philadelphia neighborhood. Filled with cultural institutions and a storied past, our repurposed single-family, 19th century brick townhomes are unique, modern apartment rentals that retain historic charm.

Our apartments near Market Street in Philadelphia honor the history that this once-major thoroughfare represents. Once named America’s most historic highway, Market has acted as one of the city’s primary east-west pathways for centuries. Originated in the 1682 city plan devised by William Penn and Thomas Holme, Market Street was first known as High Street and its width planned to ease transmission of disease and fire. By the 18th century, the street was home to some of Philadelphia’s most prominent civic institutions, housing a jail, courthouse, town hall, Christ Church, and a Quaker Meetinghouse built on or near the thoroughfare. Today, apartments near Market Street offer access to an abundance of commuter-friendly roads and public transportation in Philadelphia.

A Commercial Hub That Delivers Convenience

By the 19th century, when the buildings that house our apartments near Market Street were constructed, High Street had been renamed to its current moniker. The offerings along the street had diversified to welcome a variety of businesses like apothecaries, book sellers, hotels, clothiers, and more, providing a glimpse into the commercial hub that Market Street would become today. The street continued to develop as a center for governmental and commercial affairs while adding new and exciting transportation options. By 1905, service on the “El” (Market Street Elevated) began connecting 15th Street and the Schuylkill River and expanding access to the area. Decades later, Trinity Row’s location is appealing to those looking to live near Philadelphia’s Financial District that populates several blocks between Market and Walnut Streets.

A central location just a few blocks away from Market Street and renowned Philadelphia institutions, like The Academy of Natural Sciences and The Franklin Institute,
makes it simple to take advantage of an abundance of activities near Trinity Row. Explore Philadelphia’s popular attractions and landmarks with ease and be a part of history. View floor plans for our 1- and 2-bedroom apartment rentals and speak to a leasing agent today to schedule your tour! 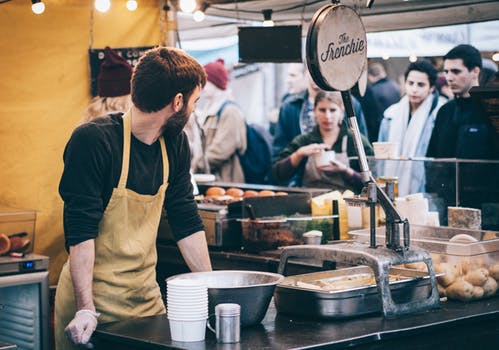